A Republican state senator among those leading the fight to pass legislation to benefit J.D. Irving’s proposal to develop an open-pit mine in the North Woods accepted a free private plane ride to Aroostook from Irving’s lobbyists and didn’t report it to the state ethics commission. Sen. Thomas Saviello, R-Wilton, said he didn’t need to report the 2013 round-trip ride because its value was not over $300, the threshold for reporting gifts from lobbyists to the Commission on Governmental Ethics and Election Practices, and because the purpose was fact-finding.

“I do not consider this a gift,” he said. “This was an information trip just like I do all the time throughout the state.”

Saviello, who has served six terms in the legislature, could face a small fine if a complaint is made to the commission and it investigates and decides he should have reported it.

Senate President Michael Thibodeau, a Republican, defended Saviello’s trip. He said it was “a fact-finding” tour, “not a ‘gift’ requiring reporting, and I don’t believe it was a conflict of interest.”

Then-Sen. James Boyle, D-Gorham, also took the trip, which he said occurred in August or September of 2013. No one contacted for this story offered a precise date for the trip. Saviello said it was “two summers ago.”

Based on those dates, the lobbyists involved also did not report the trip, as required by the ethics commission. Irving lobbyists James Mitchell and Anthony Hourihan were on the plane, Saviello recollected. Hourihan is also Irving’s land-development chief. (Mainebiz magazine recently designated Mitchell as Maine’s highest-paid lobbyist.)

Lobbyists are supposed to list all travel expenses involved with lobbying on their reports to the commission. Both Mitchell and Hourihan lobbied on mining issues for Aroostook Resources, the J.D. Irving subsidiary promoting the development of Bald Mountain. Aroostook Resources lobbying reports were not filed beyond June, 2013, according to Jonathan Wayne, before the plane trip took place, based on Boyle’s recollection.

The idea behind the reporting requirements is that transparency of officials’ conduct will help prevent improper or undue influence on them.

Legislators often go on paid trips and are invited to conferences to hear about issues from special interests and advocates. Saviello said he “normally” takes trips like the one to Aroostook to educate himself on issues, though he said this was his first plane ride to do so.

A former paper-company executive, Saviello, 64, has been presiding at heated committee hearings this legislative session on whether Maine’s stringent mining laws — designed to prevent environmental pollution — should be loosened to permit mines like the copper and zinc one Irving wants to develop.

Saviello has said he is pro-mining, but not specifically to benefit Irving.

Inside look at lobbying

The plane trip provides a window into how lobbyists’ wealthy clients woo legislators. The client in this case is a huge Canadian corporation that is Maine’s biggest landowner.

Saviello said the plane went from the Bangor airport so he could see the proposed mine site, Bald Mountain, which is about 12 miles southwest of Portage on Irving land, and to look at some of Irving’s forestry operations.

After landing in Presque Isle, Hourihan treated him to lunch in Ashland, Saviello said, adding that his meal of “soup, sandwich, and hot chocolate” cost about $11, less than the $25 reporting requirement for meals.

The group also saw a site where the company was building a sawmill in Ashland before the legislators were flown back to Bangor.

At the time, Boyle was co-chairman of the Environment and Natural Resources Committee, which has jurisdiction over mining rules, and Saviello was the committee’s ranking Republican. Saviello is now co-chairman because Republicans gained the majority in the senate in last fall’s election. The debate over mining on Irving land began in 2012.

Boyle, who was defeated in that election, also didn’t report the flight to the ethics commission. He said he didn’t think reporting was necessary because the trip was “work-related.”

There are no charter services at the Bangor airport to get quotes from, a spokesman there said. However, Maine Instrument Flight of Augusta said it would charge $2,100 for a four-seater propeller flight from Bangor to Presque Isle and back to Bangor (the charge includes flying time from Augusta to Bangor and back, a leg that the Irving flight did not include), plus two hours of looking at forest tracts and flying around Bald Mountain. The pilot’s time on land on stopovers would be an extra $57 an hour.

After Saviello was contacted about the flight’s details, he emailed his own calculations. He said the prop plane they took cost $550 an hour. He then multiplied that rate by an hour and a half airtime from Bangor to Presque Isle and return, for a total cost of $825.

He divided the $825 by four passengers, which would bring his share of the cost to only $206.25, he said, “less than the $300 reporting requirement.” He added that Hourihan had already planned to fly from Bangor to Presque Isle and invited him along if he drove to Bangor.

But in these calculations, Saviello didn’t include a charge for flying over Bald Mountain — roughly 30 miles west of Presque Isle – or looking at Irving’s timberlands, or for the pilot’s time on land. When questioned on these points, he denied flying “over anything. We drove and walked around.”

Figuring the pilot’s ground time at $40 an hour for four hours, he said, would only add $160 to the total cost of the flight, bringing it to $985. Divided by four would make the individual share $246.

In response to a question about how the law applies to legislators in the case of an unreported plane trip, Wayne, the ethics commission director, replied in an email:

“Based on the language of the disclosure law and past interpretations, travel-related services (e.g., air fare, hotel stay, meals) is a form of gift (unless it is exempt because the value is $300 or less from a single source in a calendar year).”

Wayne added: “The reporting by Sen. Boyle and Sen. Saviello apparently would depend on whether the costs incurred by the provider exceeded $300 per official in a calendar year.” If the commission finds a legislator failed to report a trip that should have been reported, the legislator could be fined $100.

For lobbyists, the fine for not reporting is higher: “Any person who fails to file a monthly report may be assessed a fine of $100 for every month the person is delinquent in filing a report,” Wayne said.

Mitchell wrote in an email: “All of our filings with the Ethics Commission are open to public scrutiny. If you or any other citizen believes we have violated the law, they (or you) should file a complaint with Ethics and we will be pleased to meet with the Staff or appear before the Commissioners to defend our actions and what we have reported to the Commission.”

Proponents of the mine stress the benefit from the 300 jobs J.D. Irving promises, in addition to 400 indirect jobs because of increased economic activity stimulated in Aroostook. Republican Gov. Paul LePage and his Department of Environmental Protection strongly support Irving’s mining intentions.

Environmental groups, such as the Natural Resources Council of Maine, oppose the mine largely because of fears of water pollution. In addition to valuable metals, Bald Mountain, according to some geologists, contains significant amounts of arsenic and other toxic minerals, and mine wastes could leach them into the water table.

Through March of this legislative session, J.D. Irving spent $42,000 on lobbying on state legislation, according to ethics commission reports.

The Maine Center for Public Interest Reporting is a nonpartisan, non-profit news service based in Augusta. Email: pinetreewatchdog@gmail.com. Web: www.pinetreewatchdog.org. 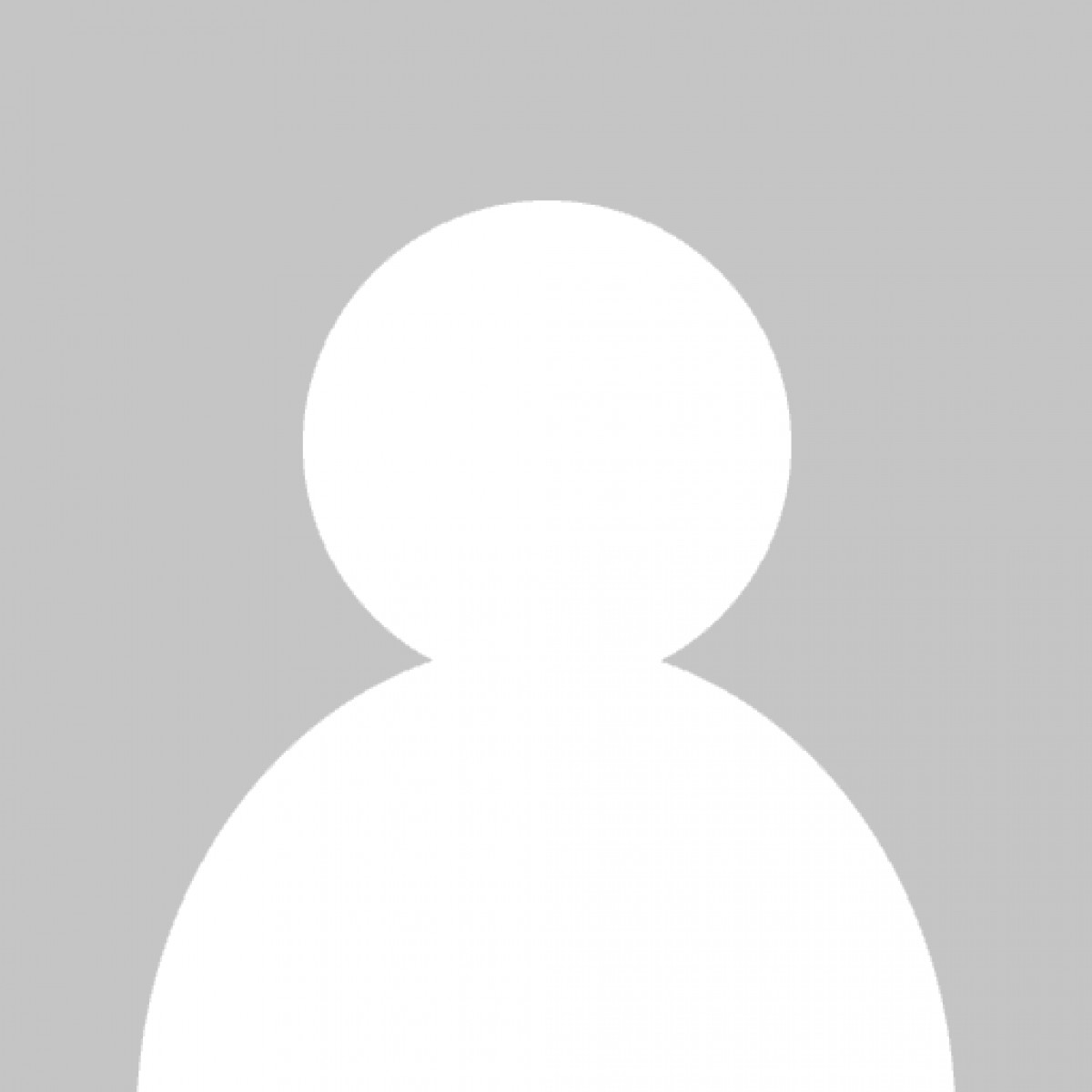